THE DANGER OF A SINGLE STORY 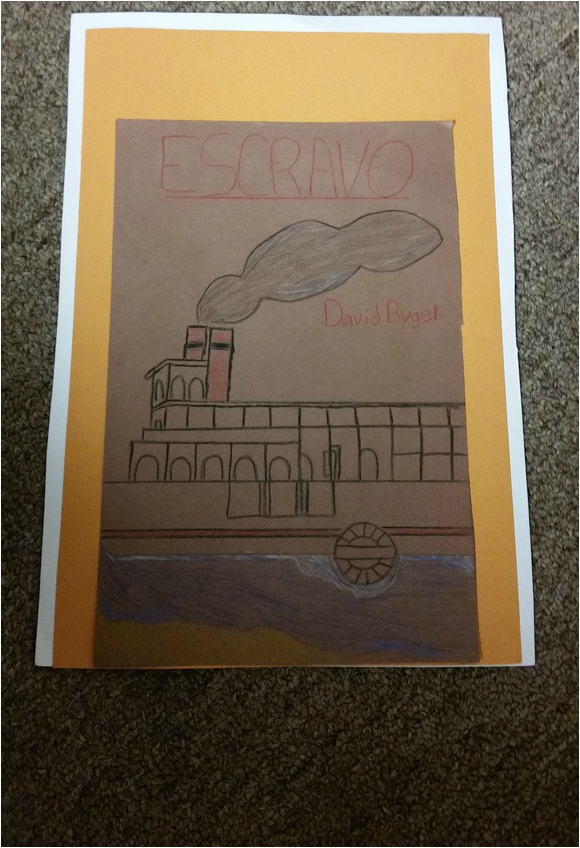 THE DANGER OF A SINGLE STORY PROJECT REFLECTION

THE DANGER OF A SINGLE STORY

In this project we worked very hard leading up to the exhibition. We started this project with a simple, what we know about Africa. Before writing our story we first read Chinua Achebe’s Things Fall Apart. While reading we dove deeper into what the theme of the story was and what a single story was. Our final product at the end of the project would be to create a historical fiction story where an African and and a European have an encounter with each other.  Though we did not only create a story we also created a creative book cover not resembling all the “other” covers where there are no stereotypes.

Coming into 10th grade I was excited for Humanities though I never thought I would be learning about Africa. Coming into the project I saw Africa just as most people still do, dry, hot, and barren. Where everyone is dying from hunger and disease spreads. Though now as I write this, I see Africa totally different. The things I took away from this project are. A single story is exactly what I just told you. Where you see only one side of the story. Most things we see about and are told about on Africa are single stories. Just like how Africa is dying and it is full of disease. Now I can see how these single stories are dangerous. When looking at the imperialism of Africa, there are still many lasting effects from it. One major effect I took away was the Berlin Conference. Though many people see the boundaries as they are today as fine, the splitting caused many different ethnic groups to break up. Though this doesn’t play a big part in our lives, this is still a pretty big lasting effect of imperialism in Africa. As I said above one of our final products of this project was a historical fiction short story. We went through many critique rounds when writing this on how we can make our story stronger. We worked on showing not telling, our settings and senses, and our characters.

My story was about a 16 year old boy named Chike living in the village of Benguela in Angola in the 1800’s when the Portuguese invade. In my story there were many things I was proud of and many things I feel could have been more refined. I think I am most proud of my plot. I feel that this story I have done well in justifying the exposition, rising action, climax, falling action, and resolution. One thing I might have changed in my story is the timeline. Though the time I chose is the most exciting in Angola, I think that if I took a more modern approach it would of opened up more areas that I could of written about. I feel that I have really grown in my writing when it comes to being more descriptive. One quote that shows this is “As Chike got closer to the village he had realized the hunger consuming him. He was ready for dinner, so he walked a little faster.  As Chike got to the village a radiant burst of oranges and reds filled his eyes. It looked as if the sun had fallen out of the sky and landed on Benguela.” Though this is still getting better I can see a big difference.
​
For my cover I chose to design a large steamboat because it really plays a big part in my story. When starting my cover I was going to do it on Photoshop. Though every time I turned it on I had no idea what I was going to create. No ideas came to me. So I took the weekend and looked over my story. This is where the boat came in.  I decided that I would draw it instead of doing it digitally. My cover relates to my story because It plays a big part in the climax and in basically the whole story. I think the most challenging part of creating my cover was as I said above choosing what I should do. One thing I would've changed about my cover was adding more detail. I could’ve added blood in the water and more in the background of it.
Through my past years of schooling I have learned many skills for good and for bad, But in this project I think I have furthered my skill perseverance. I think I have grown in this skill because many times I find myself nearing the end of a project with plenty to do. This happened this project. Though I had many critiques I felt I still needed to further my story. As the deadline approached I asked my parents to give me feedback so that I could keep editing on my story. I think perseverance is the skill I have learned.